The End of This Era, by Dr. Courtenay Bartholomew, a fascinating and sweeping look at the origins of the earth and universe in light of modern diseases, politics, and Catholic mysticism! Nobel Laureate Baruch Blumberg called it a 'great vision' as the doctor looks at what chastisements and other events, as well as spiritual darkness, may await us. click here

A QUICKENED PACE? A 'WORD OF KNOWLEDGE' ADDS TO WHAT IS ALLEGED TO BE SERIES OF PROPHETIC MESSAGES

There it was, back in mid-October (2014), what may be an addition to what we have long called the 1990 prophecy. We have since read it and re-read and posted it (in the introduction to a special report): a brief but potent message.

To repeat: "Men have not prepared themselves for what I must levy. When it comes, they will know it is from My Hand: a different way of feeling the sudden onset of change, which in many places will be swift and transforming, as dew lifts suddenly, or fog, or as rain in great volume can come -- expected, but not in that [fashion]. I have seen now where men go -- after themselves, and so they head nowhere. It is pride of self that forms so much that is sin, and it is pride that will stand as the post that falls first in the storm. My Hand can be stayed in places of worship, for I come not against love, nor do I come against praise."

Is it real? Is it the receiver's simple intuition? A trick of the subconscious? We have been following the person who received it, and alleged missives associated with that person (who insists on strict anonymity), since December of 1990, when the first and longest "prophecy" was reported, a locution claimed to have been from both an angel and the Lord, a message that foresaw rise of a great new evil (which we believe turned out to be cloning and genetic manipulation); regional chastisements around the world (these have certainly been in evidence since the prediction); a "new world order" (that would be influenced by a personage of evil, after the chastisements); a towering manifestation of Jesus (in a series of apparitions, which is why the book about it was called Tower of Light); a great event in New York within twelve years of the presumed locution (which turned out to be 9/11, from what we can tell); and the downfall of the modern, technological world.

That, of course, has not yet occurred.

The point for now is that the so-called 1990 prophecy was followed by a second, shorter one in 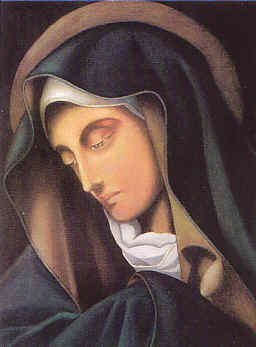 December of 2004 that contained fascinating language having to do with the waywardness of modern science (verbiage quite different than what is commonly used by the recipient), alarm in Heaven at mankind's course (destroying Creation, a theme the last three Popes have addressed), and a depiction of angels ready to administer chastisement (as this second message put it, a "timetable" had been "set in motion").

On September 25, 2010, came a third addition to the alleged prognostication. This one, now twenty years after the first, and six after the second, asserted, in language similar to the original, but again shorter, that we humans (the "societies of men," as the first called it) were on the verge of a "curtain" lifting, revealing God's Plan of purification, or perhaps better said: simplification. It spoke of a "huge light" that would be a harbinger.

We see a span of time, thus, of fourteen years between the first and second messages, six years between the second and third, and now just four years since the last, as if matters are speeding up; a quickened pace.

It's all for your discernment. As stated, in the introduction to a special report we had on prophecy, this new message (the recipient did not describe it as a "prophecy," as the other three were described, but more as a "word of knowledge") is the shortest.

There also had been a very minor one that spoke of a "great smoke."

The initial one also spoke of "strange loud rumblings" (which since have been reported around the world). You can view reports on them here (as always, we present original prophetic material with free access). The recipient claims to "hear" a voice that compels the taking down of the words verbatim, and we must admit there is a certain ring to them, again alien to the receiver, who is not a seer in the typical sense (and has not sought publicity -- in fact has shunned it).

That doesn't preclude deception, of course. We continue to discern (and re-read). We will look more closely at current prophecy in another special report shortly.  As far as this one, as best the person can recall, the latest locution occurred at or just after eleven p.m.

Despise not prophecy, says 1 Thessalonians 2:10, but test the spirits. We present such in that spirit.

[For a detailed discussion of prophecy by Michael H. Brown, including this one, see Special Reports (bottom of current report);

[resources: On the Brink, Tower of Light and Fear of Fire]

Mary Undoer of Knots plus The Holy Cloak novena, $7.25