On the Horizon, An Anti-Christ?

(@copyright, not for reproduction or re-distribution) 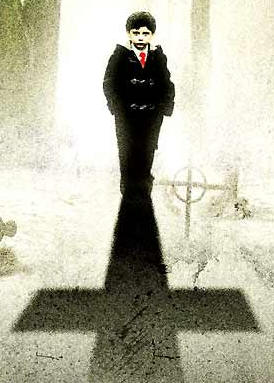 It is one of the most galvanizing of all prophecies: That at some point in the future, mankind will face a tremendous demonic power, one that takes the flesh in the way of a "beast" or "dragon" in human form. This we draw mainly from the Book of Revelation.

And during the past two millennia, in both Catholic and general Christian circles, countless are those who've developed theories on what or who this might be

Most of the expectations have been premature, unrealistic, or just plain wrong: Not a century has passed that hasn't seen anticipation of such a nefarious entity.

Even as far back as the very first century A.D., Christians believed they would be alive for it.

There was special anticipation back as the year 1000 A.D. came around -- a time dubbed by one seer, Hildegard of Bingen, as the tempus muliebre. Many foresaw the apocalypse, or what that seer described as a beast with a "monstrous and totally black head with fiery eyes, ears like a donkey, nostrils and mouth like those of a lion." And then: nothing.

What about our own time? Has there ever been more evil than now -- states openly accepting late-term abortion, even infanticide, breaking out in applause for it; a society suddenly deciding there is no such set thing as gender; open pornography and lasciviousness, especially homosexuality; widespread and rapidly growing irreligiosity?

Meanwhile, even Cardinal Gerhard Mueller, former head of the Congregation for the Doctrine of the Faith, recently warned that the "growing confusion about the doctrine of the faith” means some Church leaders “have abandoned the people entrusted to them, unsettling them and severely damaging their faith." He warned against “the fraud of (the) anti-Christ."

And perhaps most important, in our time: the technical capability for an evil personage to take control via that technology.

Let me start off in this "special" report" discussing what I believe will happen in the U.S., and then move on to how, in the current milieu, the anti-christ -- or better put an anti-christ -- could well arise, for while there has been no beast in the way depicted by so many in past centuries, there have been anti-christs, and will be (sooner rather than later) again.

[Full "special reports" and commentaries on current events, signs of the times, spiritual warfare, prophecy and other subjects by Michael H. Brown are available for a nominal subscription. Access is for a year, at one dollar per month. One such report, on occasion more, will be issued each month. Once signed up, it is a one-click process to access these copyrighted articles. Thank you for your support. These are "special" reports. Articles free of charge will continue to be carried. Each special report will include two or three previous ones.]