MAILBAG: FOUND AFTER A TORNADO 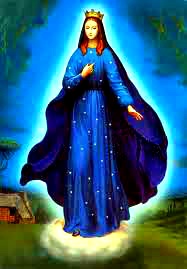 Our Lady of Pontmain
Marian Calendar, January
Donations: we need and appreciate it!
***

A 'brilliant' defense of celibacy

'How I found healing on the Camino de Santiago'

The little prayer that moves God

Is there a spiritual dimension to space?

A study of sloth

'Saints can teach you how to control anger'

Donations: we need and appreciate it

Trump to announce new rules on prayer in school

Pastor worries that some worship Trump more than Jesus

Health watch: the most anti-oxidant foods

The health benefits of mustard

What the Lord promised Saint Mechtilde

Staying true in the midst of Church scandal

How well were the old Masses celebrated?

The exorcism and death of Anneliese Michel