​THE MYSTERIOUS MASTER OF LIGHTNING

(Thank you for your support!) 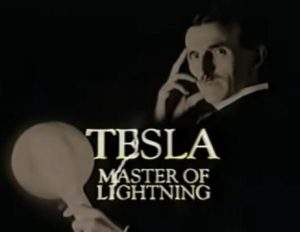 You certainly know the name "Tesla." It's that electric car made by a company owned by the less-than-bashful multi-billionaire, Elon Musk. That's another story entirely.

What I'm talking about here is the man after which the car was named -- inventor and mystery man, Nikola Tesla.

While many have a passing knowledge of Tesla, most have no idea how critical this man was to many of the modern conveniences and inventions (some not so convenient) we now take for granted, prime among them motors and alternating electric current -- the type of electricity that serves as the foundation of modern life.

Lights, motors, refrigeration, air conditioners, computers, x-ray machines, internet, television -- the list is endless. Electricity is such an integral part of our lives, we can't conceive of life without it.

Ever lose power for a day or more?

If so you know how helpless we now are without electricity (although a short 150 years ago, this was hardly the case).

Fascinating is the mysterious behind-the-scenes inventor who arranged the modern transmission of electricity. Especially curious are the spiritual forces that may have been behind it. Good? Evil?

He was a man born, was Tesla, to Serbian parents in what is now Croatia at the stroke of midnight -- the very stroke ("by coincidences bizarre," in his own words) -- between July 9 and 10 in 1856.

"A fierce electrical storm raged that night," he wrote in his autobiography.

It was said before his birth, Tesla's mother had a dream that she would have a son with the ability to "pull knowledge from the universe."

Ironic it was that during his life, dozens of inventions -- perhaps hundreds, some not yet circulated -- were to appear as images in his mind, with flashes of light.

And likewise ironic: his mother supposedly had been instructed in that dream to weave a basket and place her unborn child in it during a terrible thunderstorm. (More in a moment.) Perhaps not insignificantly, this was the era of Spiritualism -- the religion focused on mediums who claim to communicate with the deceased.

Are there supernatural components to inventions that involve electricity? And the very nature of electricity itself? How much of the Tesla story is true? Behind the scenes, who was Tesla?

This, and the mystery component of electricity, we look at in this new "Special Report:" -- the so-called "Master of Lightning."

[For rest of discussion, please log-in here or subscribe by clicking here]

[Note: if you are already renewed, ignore any “Special Report” invoice notices that may have been generated by error. We have been trying to resolve this with the major software company that provides the subscription service. Do tell us of any other problems and they’ll be immediately addressed.]

[Full "special reports" and commentaries on current events, signs of the times, spiritual warfare, prophecy and other subjects by Michael H. Brown are available for a nominal subscription. Access is for a year, at one dollar per month, renewed automatically unless we are instructed otherwise. One such report will be issued every four to six weeks. Once signed up, it is a one-click process to access these copyrighted articles. Thank you for your support. These are "special" reports. Articles free of charge will continue to be carried. Each special report will include archived ones as well!]

Use this one for the subscribe by clicking here
https://specialreports.spiritdaily.com/

Use this one for login:
https://specialreports.spiritdaily.com/login/